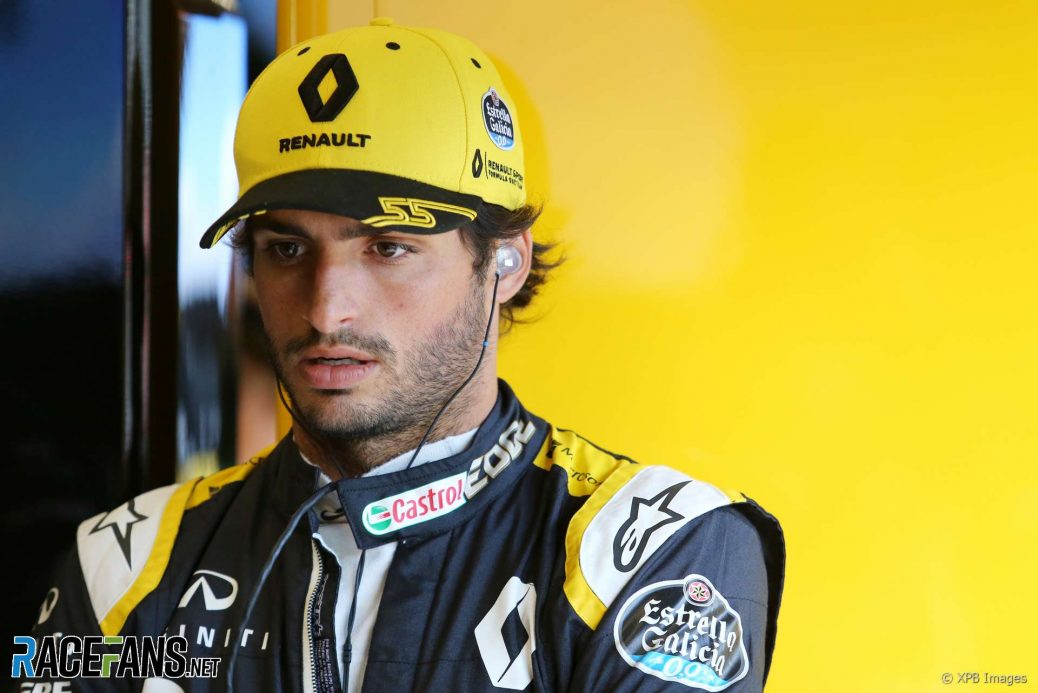 Then when Hulkenberg crashed out in Azerbaijan, Sainz scored the team’s result result of the season with fifth (his team mate later matched it).
After out-qualifying Hulkenberg for the first time in Spain (Sainz always goes well at home) he passed Marcus Ericsson brilliantly on his way to fifth.
After a point-less lull – partly due to being taken out by Romain Grosjean at Silverstone – Sainz gave Renault their best qualifying result of the season with fifth in Hungary.
Sainz signed off with a ‘best-of-the-rest’ finish in Abu Dhabi, after Hulkenberg went out in a first-lap crash.
Browse all 2018 F1 season review articles.