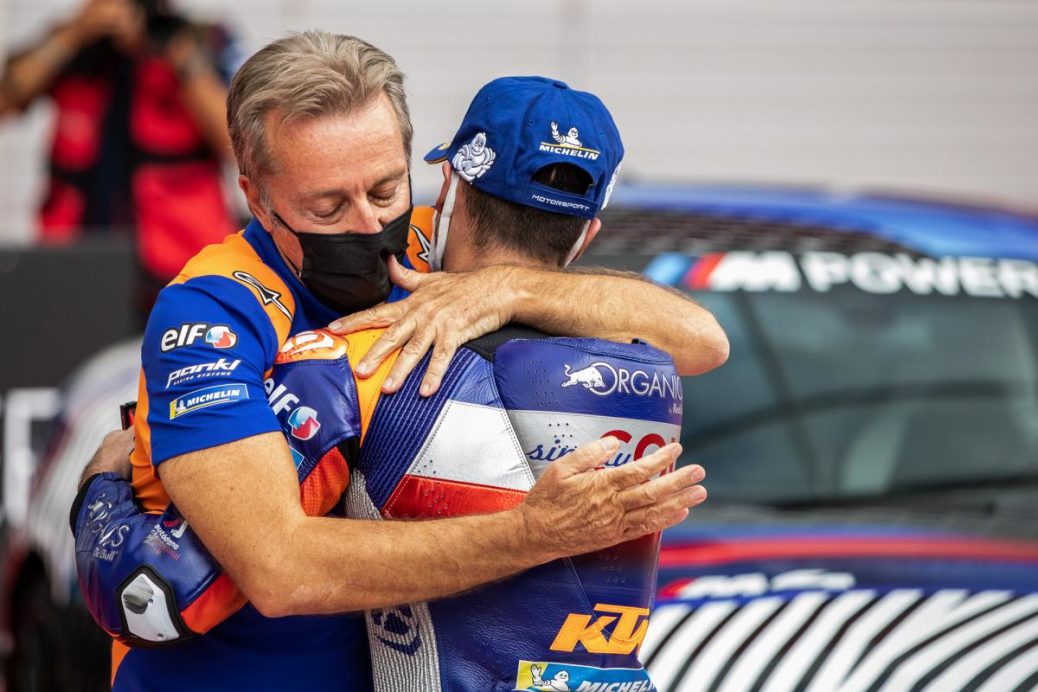 Almost 20 years ago, the Tech 3 team entered the premier class with both Olivier Jacque and Shinya Nakano, who had just battled for the 250cc World Championship. The likeable outfit from Bormes-les-Mimosas in France in that time secured 31 podiums prior to yesterday’s victory, all with the help of Yamaha. Suddenly, a top three result for the 25-year-old and Tech 3 was a real possibility, but a victory? A race as bonkers as the four that came before it in a MotoGP™ season that will long be remembered. For many years, Poncharal has sat and watched from pit wall as his Tech 3 machines narrowly missed out on victory having led for so much of the race. The likeable Frenchman has been so close over the years but after Oliveira’s last lap wonders he has finally won a MotoGP™ race. 20 years of blood, sweat and tears finally paying off as Tech 3 became MotoGP™ race winners.