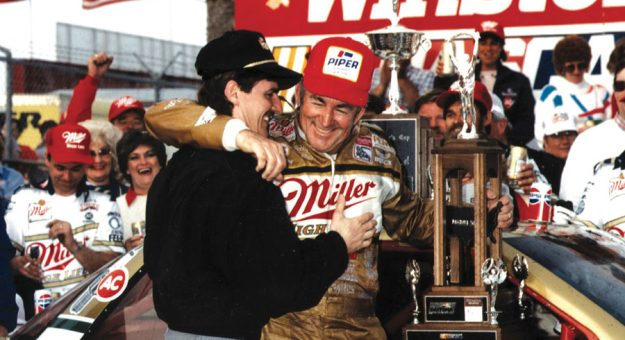 In 1985, Bill Elliott and Melling Racing earned 11 NASCAR Cup Series victories and claimed the coveted Winston Million bonus for winning three of the sport’s four crown-jewel races in the same season. During the closing laps of the Daytona 500, Allison’s son Davey, driving the No. Allison and Bonnett began a string of 14 different race winners throughout the 1988 season. Elliott and Rusty Wallace each won six races, while Dale Earnhardt won three and Darrell Waltrip and Davey Allison each won twice. “Driving a race car was the only thing I had ever wanted to do since I was 5 years old and to win a Cup Series race was really special to me. “I am convinced that our Coors team has matured as a race team and I’ve matured as a driver,” Elliott said.