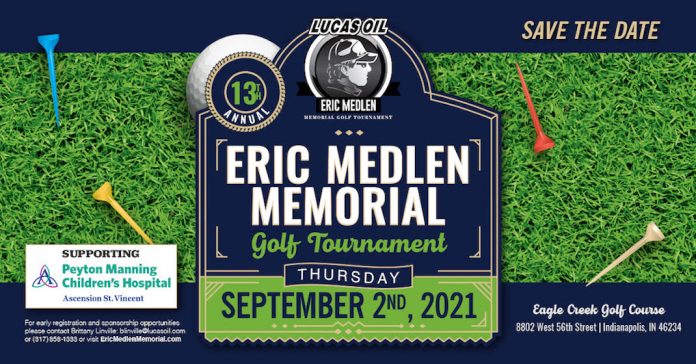 INDIANAPOLIS — Katie and Morgan Lucas, along with Lucas Oil Products, will be hosting the 13th Annual Lucas Oil Eric Medlen Memorial Golf Tournament on Sept. 2 at Eagle Creek Golf Course. Before his driving career, Medlen was a race mechanic for John Force Racing for eight years until getting the call to replace his former teammate. Medlen captured his first win during his rookie season and collected six wins throughout his career. Missed by fans and those close to him, Medlen’s legacy lives on today through Sonoma Raceway’s ice cream social, the NHRA’s new safety requirement calling for padded roll bars, John Force Racing’s “Eric Medlen Chassis,” the Lucas Oil charity golf tournament and race fans across the globe.