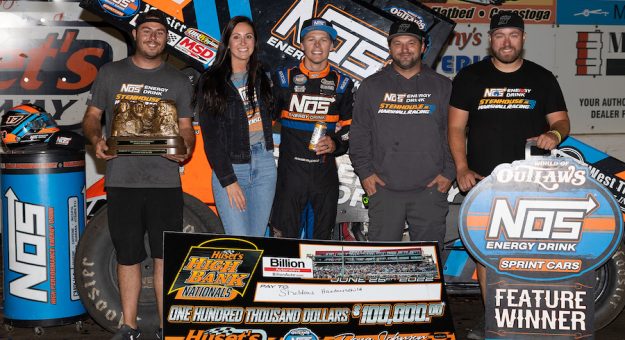 — Sheldon Haudenschild did what no other driver dared to do with $100,000 on the line Saturday night at Huset’s Speedway’s inaugural High Bank Nationals. However, the business quickly picked up in the latter stages of the race as Budd Kofoid and James McFadden took him three-wide for the race lead on lap 35. It didn’t last long, though, as McFadden blasted the outside in the Roth Motorsports No. While Macedo faded, it appeared to be one-vs-one for the paycheck between McFadden and Kofoid, but they were snookered on the final lap as Haudenschild went full send on the cushion and took it through turns one and two to pass them both. Second is alright, but leading to the last lap for $100,000 and losing it just sucks.