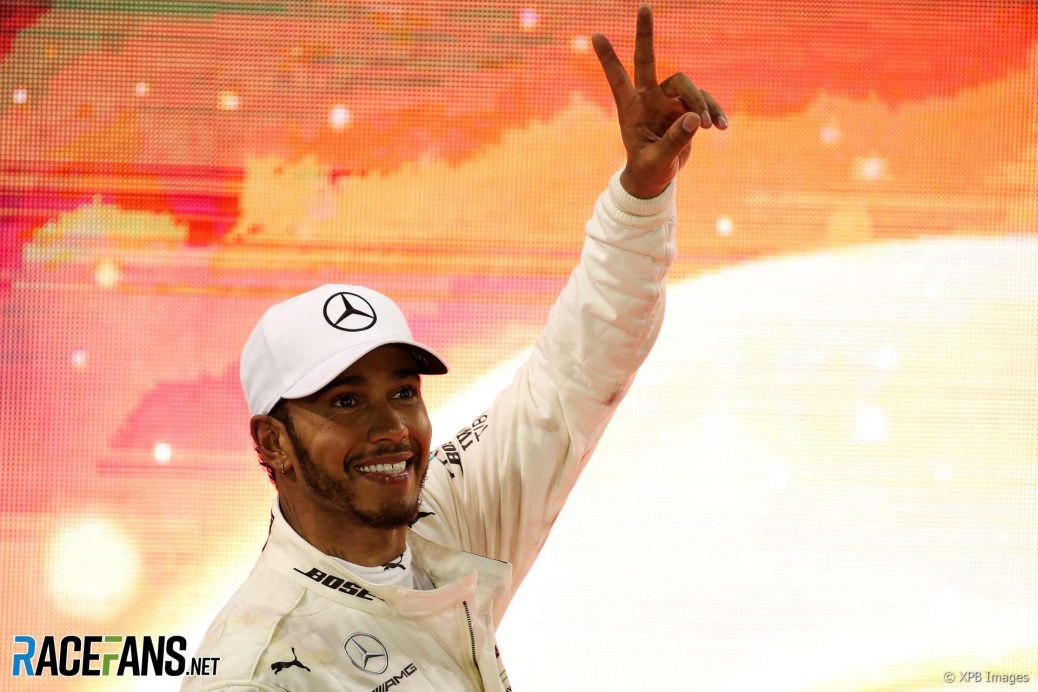 Lewis Hamilton scored the 1,000th win* by a driver in a world championship race in Sunday’s Abu Dhabi Grand Prix.
In the first years of the championship drivers were allowed to share cars and therefore could share wins.
Hamilton ended the year on 408 points, which is the most any driver has ever scored in a championship season, beating Sebastian Vettel’s 2013 record by 11 (though there were two fewer races that year).
Have you spotted any other interesting stats and facts from the Abu Dhabi Grand Prix?
Browse all 2018 Abu Dhabi Grand Prix articles.