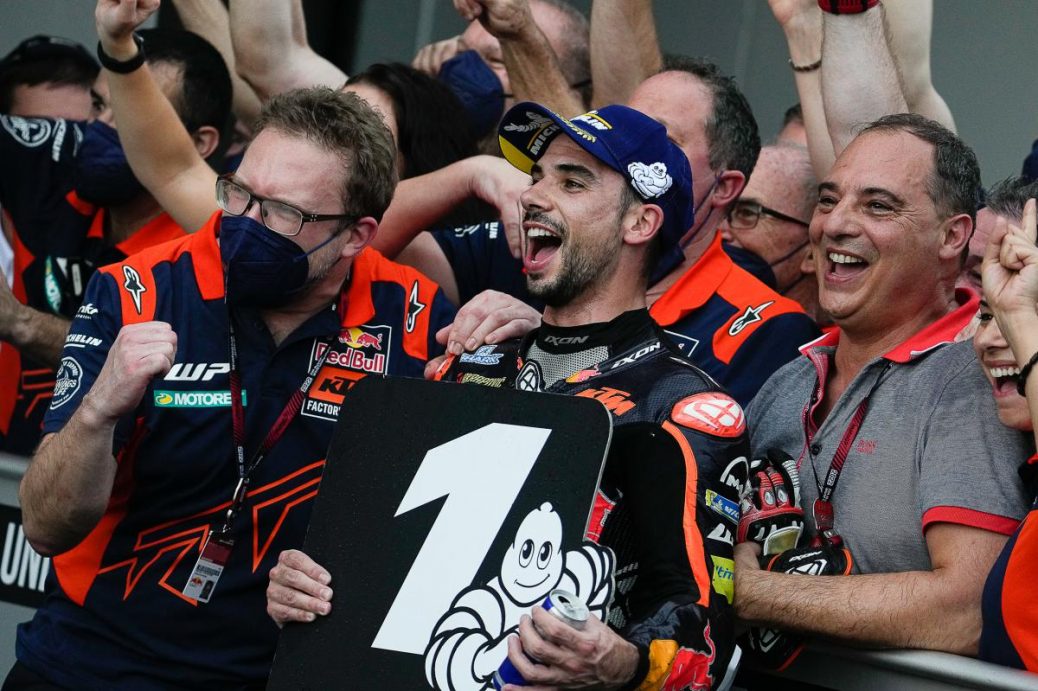 Indonesian Grand Prix race winner Miguel Oliveira (Red Bull KTM Factory Racing) is adored by many MotoGP™ fans from every corner of the globe, but how well do you know the Portuguese star? Oliveira’s nickname is ‘Falcão’, which translates to ‘Hawk’ in English. It’s his nickname because that’s his second family name, and fittingly, an animal that Oliveira would identify as is in fact a hawk. However, Oliveira speaks five languages: Portuguese, English, Spanish, Italian, and French. Oliveira’s first race as a fan was at Estoril in 2005, when Alex Barros beat Valentino Rossi to victory by 2.7s. Oliveira’s favourite TV series is The Office (US version) – a great choice – and his favourite film is also a top pick: Gladiator. After a race weekend, Oliveira’s go-to is a McDonald’s, with his favourite cheat meal being a double cheeseburger. And finally, if Oliveira could play a character from a movie or TV series, then which one would he like to play?