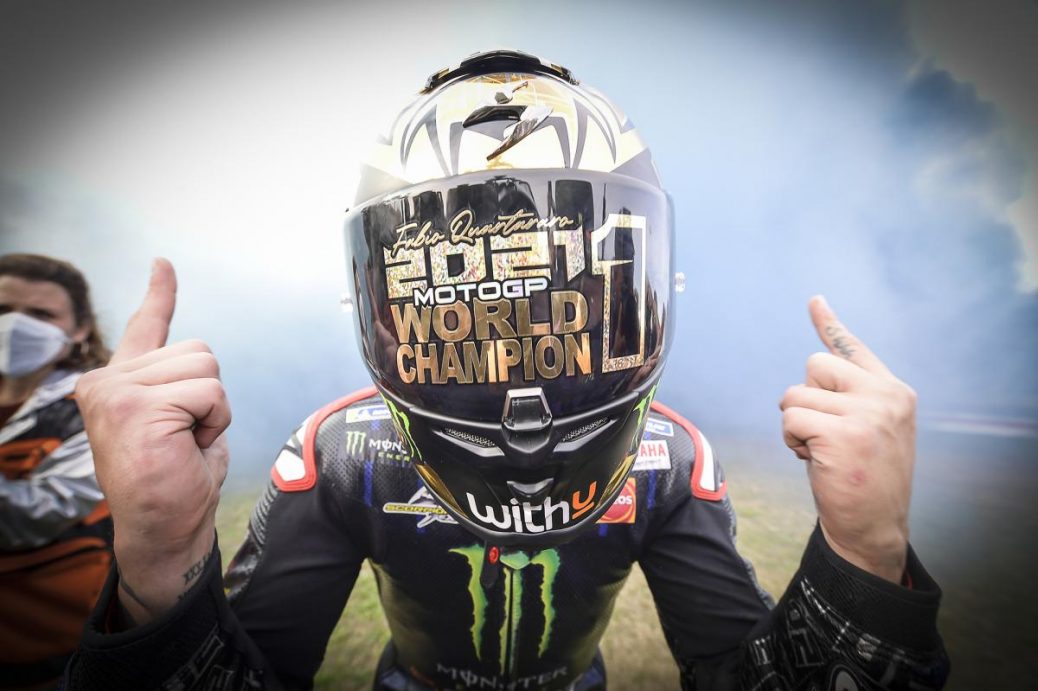 10 things you may not have known about Fabio Quartararo

1.The Yamaha rider is from Nice in France and began riding motorcycles at just 4 years of age, managed by Jean Phillipe Henry and his father Etienne, who was a former French Champion in the 125cc class. Quartararo is a popular man in the motorsport world, being good friends with F1 driver Daniel Ricciardo. The McLaren driver isn’t the only F1 driver to have a good relationship with the 2021 MotoGP™ Champion, with Pierre Gasly and Esteban Ocon also considered friends. Quartararo is a huge fan of reggaeton superstar J Balvin, and we guess the Colombian singer is a fan of the Yamaha rider, as the two follow each other on Instagram.