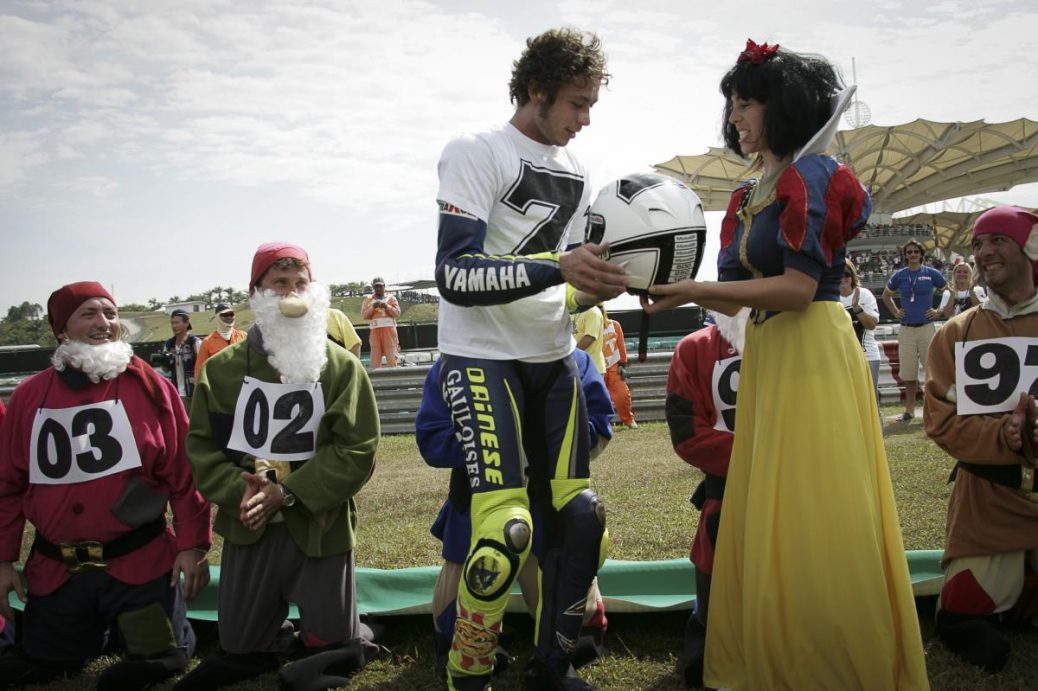 10 of the best images from Valentino Rossi’s career

Valentino Rossi has announced his retirement after 25 unforgettable years in the World Championship. A podium at the Czech GP delivered the 125 cc World Championship for Rossi, as his P3 finish meant he couldn’t be caught and handed him the first of his nine world titles. An unbeatable way to savour his first World Championship title in the premier class. After a two year wait, having lost his Championship crown to the much-missed Nicky Hayden (2006) and Casey Stoner (2007), Rossi reclaimed the world title in 2008 with a win at the Japanese GP ahead of the Australian rider. The legendary number 46 has announced his retirement at the end of the season after 25 years of Grand Prix racing.