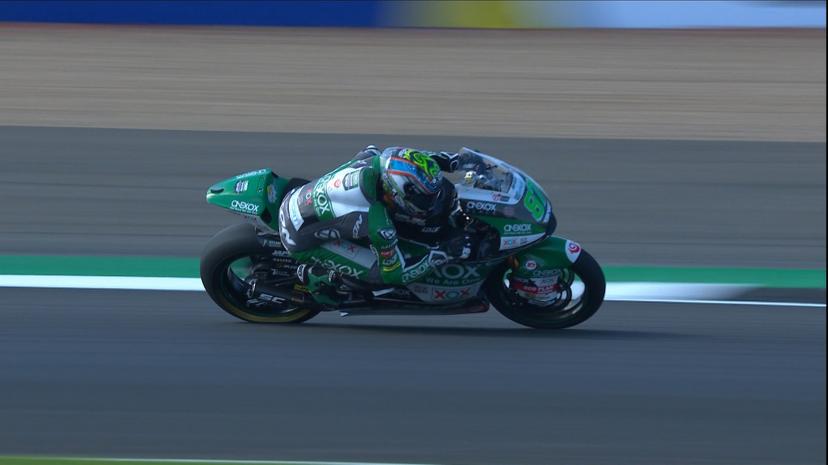 However, Mattia Pasini (Tasca Racing Scuderia Moto2) was just 0.001 behind in second as the top four of Navarro, Pasini, Remy Gardner (ONEXOX TKKR SAG Team) and Augusto Fernandez (FlexBox HP 40) were split by less than a tenth.
Gardner, Lowes, Championship leader Alex Marquez (EG 0,0 Marc VDS) and Fernandez were all threatening at the sharp end of the times, but it was Pasini who would go closest to toppling Navarro.
As the chequered flag waved, Navarro held on to lead Pasini, Gardner and Fernandez into qualifying, with Marquez’ final lap bringing him a 2:04.787 to put him fifth.